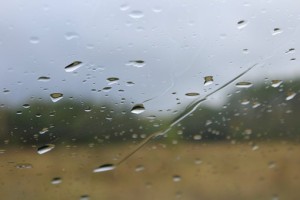 The effect of heavy & sustained rains on fallout dust monitoring – During weather of this type we note:

– General dust levels of agricultural, topsoils or other environmental dusts are lower due to the sources being saturated rather than the water droplets milking out the airborne dust.

– Production dust, however, is not greatly affected as any crushing, blasting or milling operation will still generate dust.

– Because of the above 2 factors the content of fallout dust will now have higher production dust as a percentage content but less in terms of the total dust concentration (the agricultural soil dust is almost non-existent).

– Organic debris will be lower as well.

– Pulverised roadway generated dusts will be lower or almost absent except where heavy traffic dried the surface.

– The sustained rainy & wet conditions have been extensively studied in the Western Cape area which has such rains during winter periods.

– Results can be in the order of 5-10% of the normal dry weather dust conditions.

– The recovery of dust levels will take some time as roads & dusty areas will need to dry out before the dust levels start to increase again.
– During the “recovery” period the first thing that increased is the organic debris & insect debris.
– During extended heavy rain periods the addition of algaecides needs to be increased as the acidic rain addition will encourage the development of algae & other bacterial colony growth. Fortunately these do not add a lot of mass to each sample, but as a percentage this organic material increases a lot as the overall mass remains low.

– Due to the increased humidity of the air production dust will not travel as far as the air density is lower & cannot thus support dust with the result that the precipitation rate gradient is steeper ie. Production dust from a crusher installation will perhaps all precipitate out within 80-100metres (no wind) while in dry weather the material fines could still be in suspension at half a kilometre.
– The d0.50 average particle size of production dust at a given DustWatch position will be finer.

– Remember acid + base = salt & therefore the salinity of the water will increased. This fortunately does not add mass to the sample.